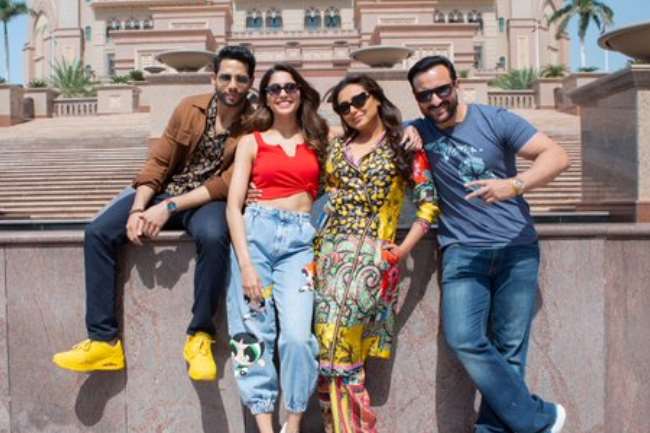 New Delhi  Once again, Bunty and Babli will soon be seen in theaters. Yes, the sequel to the 2005 film Bunty Aur Babli is being made after 15 years. The film stars Siddhant Chaturvedi and Sharadi Wagh in the lead, while Saif Ali Khan and Rani Mukherjee are set to appear in important roles. Recently the Abu Dhabi schedule of the film has been completed.

Yash Raj Films tweeted on its official Twitter handle and informed that the shooting schedule of Bunty Aur Babli 2 in Abu Dhabi has wrapped up. Varun Sharma is directing this film. At the same time, Aditya Chopra is the producer of this film. The film will be released in theaters on June 26.

If we talk about the film, then it shows Siddharth and Shabri as the talented thugs. The pairing of Siddharth and Shavri is brand new and fantastic. Siddharth has previously appeared in Gully Boy. At the same time, Sharawi is making her film debut with this film.

However, he has started acting in Kabir Khan’s web series The Forgotten Army. She appeared alongside Sunny Kaushal in this series. For those who do not know, let them know that Sharadi Wagh is completely new to Bollywood. But, he has a jewel connection to the politics of Maharashtra. Shravari is the grandson of former Maharashtra Chief Minister and Shiv Sena Veteran Leader Manohar Joshi. Before starting the acting innings, Sharabi worked as an assistant in Pyar Ka Panchnama 2, Bajirao Mastani and Sonu’s Titu Ki Sweety.

Talking about Saif and Rani Mukherjee, apart from this film, the duo have been seen in hit films like Tararampam and Hum Tum. Let us tell you that Bunty and Babli came in 2005, which got a lot of love from the audience. The special thing of this film was that along with Abhishek Bachchan and Rani Mukherjee, Amitabh Bachchan also played an important role. Apart from this, Aishwarya Rai also had item song, which was the most hit song of the time.

Thappad Movie Review: Taapsee and Pavel film, thappad, is a slap on the thinking of many people