Air India can reduce its property prices by 25 per cent to attract buyers burdened by debt. Sources associated with this case have given this information to ET. Air India is a government airlines company.

Earlier, Air India had tried to sell many real estate properties including plots, apartments and commercial towers. Air India did not get success in selling these properties through tenders.

About two years ago, Air India had proposed to sell 111 properties. It was expected to raise a total of Rs 9,500 crore from the sale of these assets. So far, she has been able to raise only about Rs 1,000 crore by selling 32 of her assets.

Air India tried to sell many properties again and again. But no buyer showed interest in them even at base price. Air India recently slashed the price of a plot of 2,000 square meters in Pali Hills, Mumbai.

Earlier, there were six attempts to sell this plot for 200 crores rupees. Now the company can also reduce the base price of one of its bungalows in Nairobi, Kenya.

An Air India official said, “Due to the slowdown in the real estate sector, buyers are not being found for the prime property of Air India. The property in Mumbai is at the prime location. Are not getting Similarly, a property in Amritsar has been sold for the sixth time after failing five times.

Air India’s assets located in other countries, however, are selling easily. Recently, Air India has sold properties in Tokyo, Hong Kong, London and Mauritius. An office space in London has been sold for Rs 45 crore, while Air India has bought the assets of Air India in Tokyo and Hong Kong. The airline may also reduce the  ..

A group of ministers is going to meet today to discuss disinvestment in Air India. Some of the premium properties of Air India can also be purchased by the Central Government. These include the building at Nariman Point in Mumbai and the 30-acre Air India Housing Society in Delhi. The proceeds from this will be used to re ..

“The housing complex at Vasant Vihar in south Delhi has been handed over to the Urban Development Ministry. Similarly, all major transactions will be done within the government itself. We do not want to dispute any such issue later,” the official said. That is why we have kept the base price higher. This will not lead to allegations of selling the property at a price lower than the market price. “

In the year 2011-12, the government had made a big plan to bring Air India into profit. Under this scheme, the airline was asked to sell assets worth Rs 500 crore every year. The company has plans to sell most of its assets before the disinvestment process begins.

Air India currently has a debt of Rs 59,000 crore. Last year, the government gave Rs 29,400 crore to Air India by creating a Special Purpose Vehicle (SPV). Now the government is planning to issue government guaranteed bonds in three phases to repay its debt. Air India has incurred a loss of 8400 crores in the year 2018-19 .. 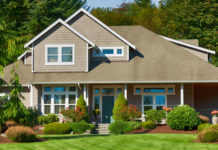 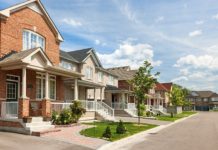 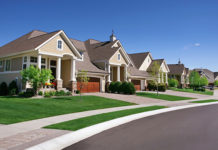