As Walmart is looking at taking a controlling stake of 51 percent or more in Bengaluru based Flipkart, the US retail giant has completed a thorough due diligence process on Flipkart this week.

Walmart is looking to invest about 10 to 20 billion dollars for the stake which would value Flipkart at 20 billion dollars according to a source. Walmart has already floated a shareholders agreement and an offer proposal for the deal. 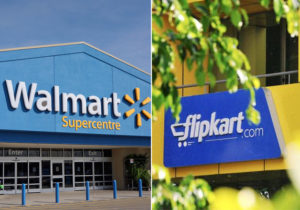 A third source claimed that the deal is far from final as the talks between the two companies is underway.

With a stake in Flipkart, Walmart will be pitted against Amazon.com and according to media sources, Amazon is already planning a rival offer for India’s largest e-commerce site Flipkart.

According to news agency Reuters, in a report it said that Walmart is in talks to purchase a 40 plus percent stake in Flipkart, which is backed by the likes of SoftBank Group, Tiger Global, eBay, Accel Partners, Naspers, Tencent Holdings and Microsoft Corp.

According to reports, Walmart is now seeking a larger stake in the e-commerce giant.

Both companies, Walmart and Flipkart kept tightlipped and refused to comment. Moreover SoftBank also declined commenting and Tiger was not reachable for any comments or information about the deal.

According to financial research firm Morgan Stanley the Indian e-commerce market will be worth 200 billion dollars in the coming decade, and Flipkart, which ironically was started by two Amazon employees, is contesting with Amazon to grab a bigger share of the online retail pie.

With Walmart’s expertise and extensive experience and excellence in retailing, logistics and supply chain management, Walmart’s investment in Flipkart will give it additional funds and expertise to fight and compete with Amazon.

In this e-commerce war who turns out a victor, only time will tell. As of now none of the parties involved are willing to spill out any information and all involved are tight-lipped about the deal. 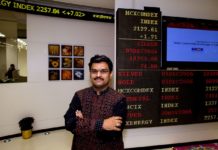 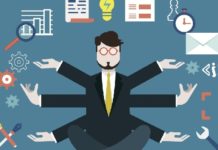 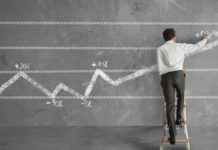